INSIGHT: Some uncut movies are banned in Germany. The cut versions are allowed, as well as the deleted scenes that are often found in the bonus material.

IDEA: A movie – shown with two projectors but only one screen.

HOW: The cut version starts running until a cut scene comes up. Then, a second projector starts immediately and fills the gap with the deleted scene.

RESULTS: No banned version is shown and classics are shown for the first time, as the director intended. 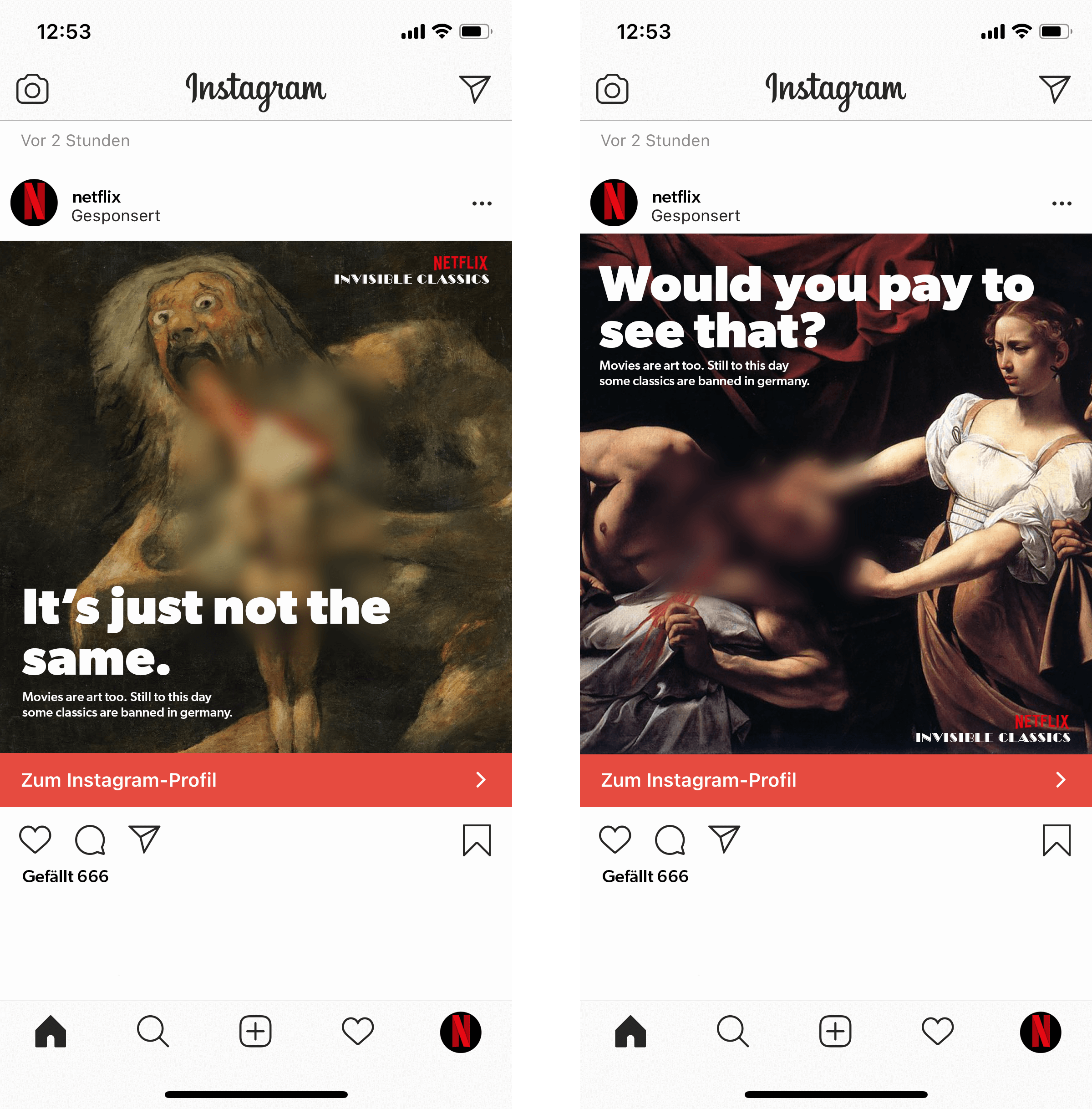 Screen in screen function in the Netflix app 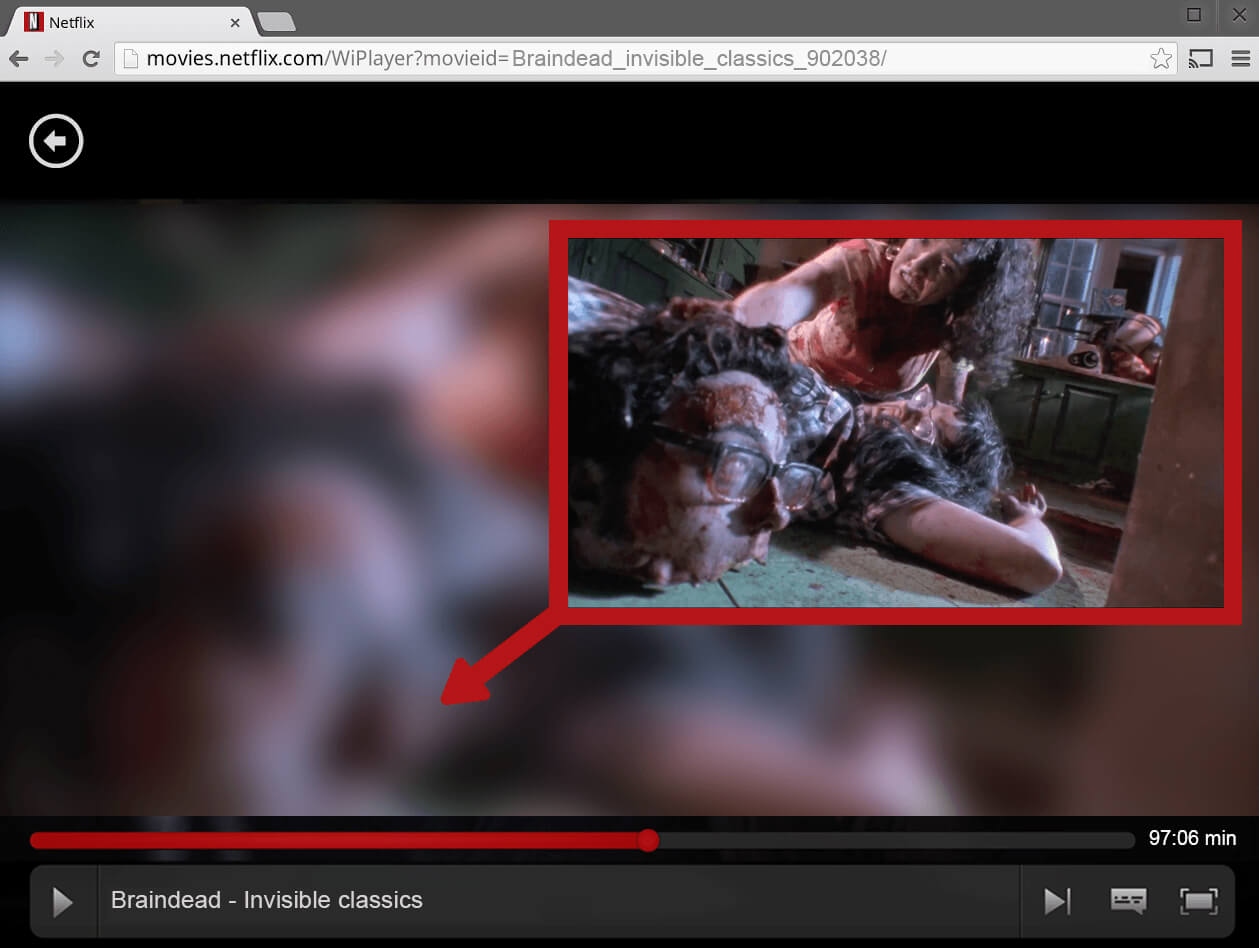 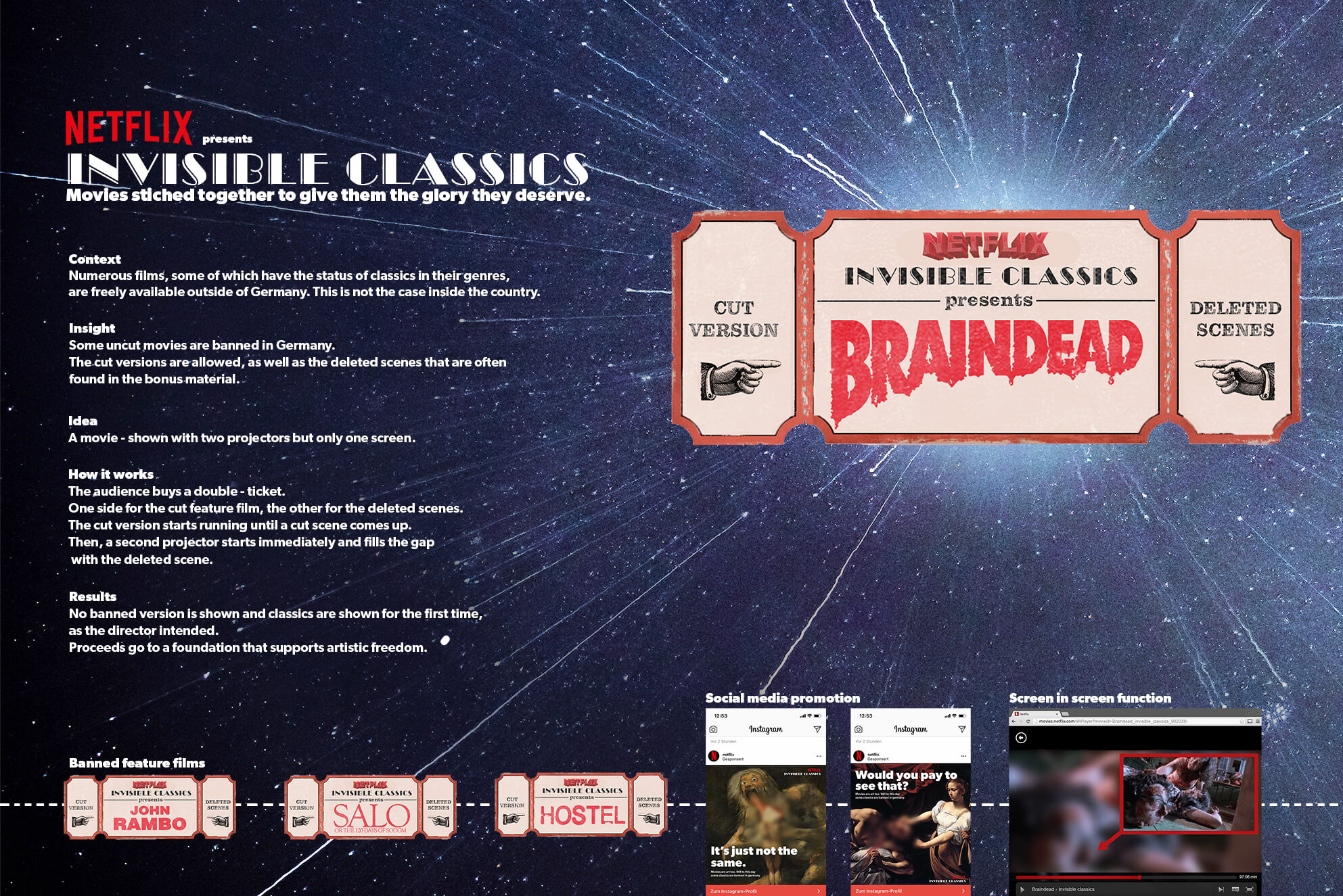 BACK TO THE REST